I remember craving alot of fruit while on strict bedrest on the hospital ward, and so Jon, having clearly learnt not to mess with a pregnant lady and her cravings, brought me various punnets on his daily visits.

The first day he brought in some flat peaches. I’d never seen flat peaches before, but they were amazing. I saw some in the market earlier this week, and it reminded me of where we were this time last year. Kettering General Hospital. 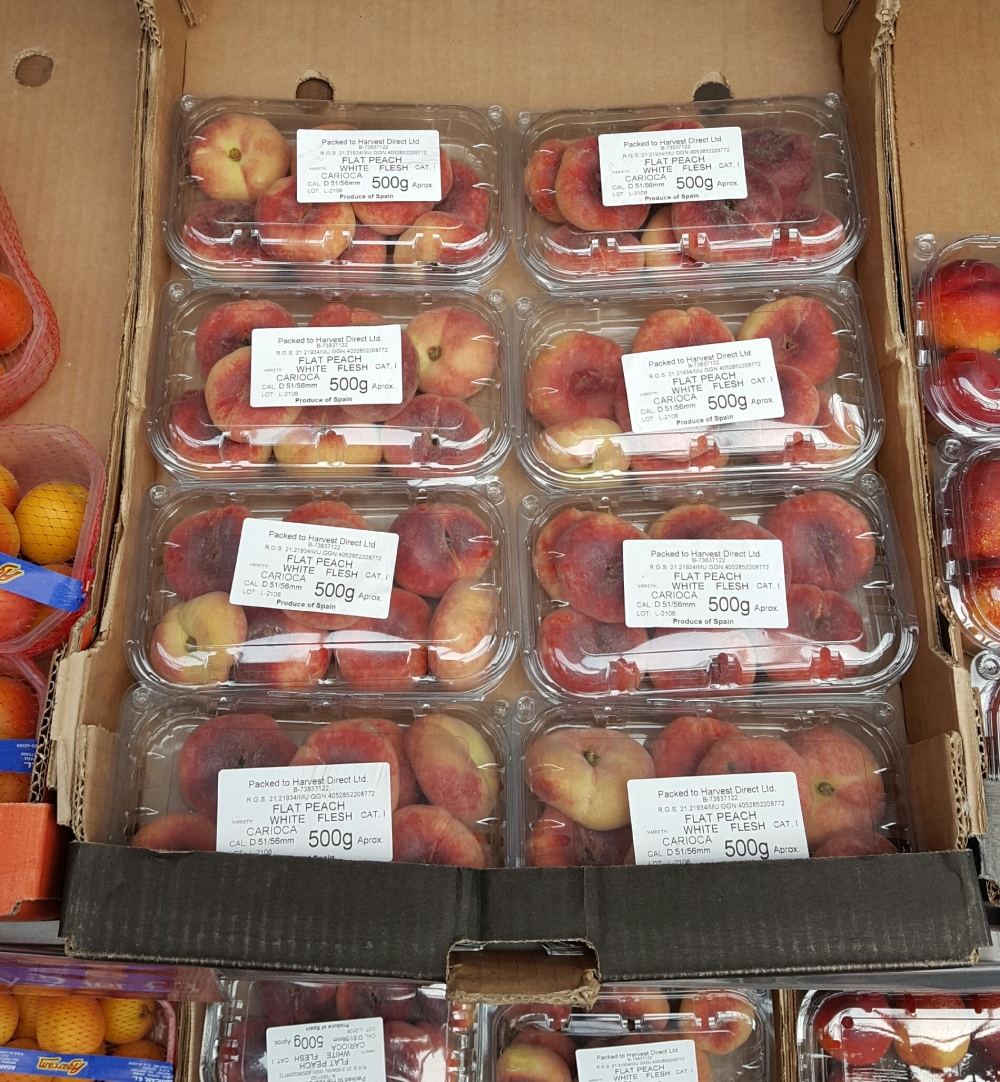 It was a year ago that we went into labour at 28 weeks. It was one of the scariest times I can remember, but thanks to our amazing NHS staff, we have an amazing, cheeky, mischievous little one on our hands today.

I remember having what I thought was just a bit of tummy ache at work. It was a Wednesday. I’d been swimming in the morning as normal, walked to work as normal, and taught my class as normal. Things got progressively worse at home and Jon convinced me to call the unit for advice. I gave in and called.

The next 48 hours seemed to be a blur of heading into the Assessment Unit at Leicester Royal, unable to sit, stand, lie down, do anything comfortably. The next thing we know I’m told my ‘tummy ache’ is contractions, I’m 1cm dilated, the swab tested positive for labour and I’m being injected with steroids.

It was 2am, the drips were up, and paramedics were on their way to the unit as there were no NICU cost at LRI, so we were being transferred by ambulance to Kettering General. I didn’t even know where Kettering was. I asked about the drip. She said it was an attempt to stop me delivering in the ambulance.

That was probably the worst ambulance journey I could imagine. The paramedics and the accompanying midwife were amazing, but being strapped down on your back with no head rest when you’re contracting, and travelling backwards at high speed down the motorway, tired, wanting to be very sick and roll onto my side, but that was impossible – the pain was indescribable. I can’t imagine how Jon was feeling, in the car behind the ambulance on the way down, no idea what was happening, pitch dark, 3am. They put on the blue lights to get us there.

The Kettering staff injected pethidine and another drip, more steroids, the horse-racing baby heartbeat monitor pulsing away. All the while we were introduced to an array of NICU consultants and specialists, explaining what was going to happen to the baby when she arrived and what to expect. I don’t remember a word of what they said – it was just a blur. 12 hours earlier I’d been happily teaching my class at work, now I was strapped to a hospital bed with drips, steroids, and a whole team of staff telling me my baby was on her way. I was an emotional, drained, exhausted wreck, in a pain that’s impossible to describe. I just kept thinking, ‘it’s too early, she’s too small’.

We were on the labour ward for 48 hours, and miraculously the contractions slowed and eventually stopped. We were transferred to the maternity ward and for 3 days we stayed at the hospital. We met a foetal medicine specialist. A scan revealed she was measuring 6 weeks behind in size, and all her bones were shorter than they should be. We were told of the complications if she were to be delivered now, especially at this size.

Thankfully the hospital bag was already packed, though the 0-3month baby clothes were clearly an overestimate on my part! 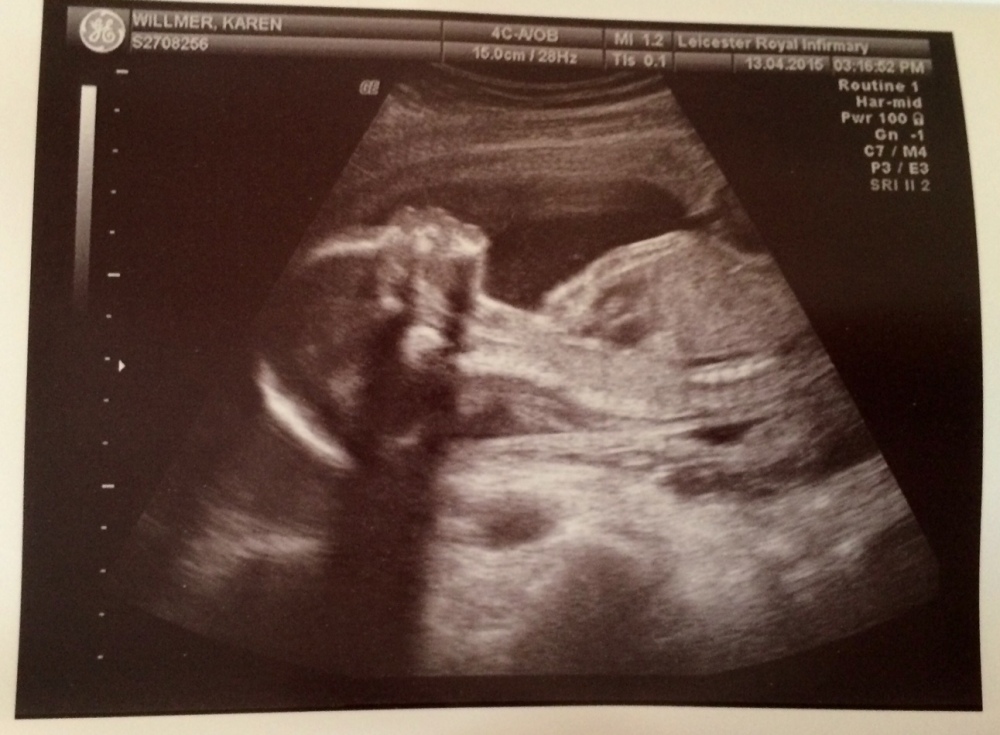 The Sunday night we were discharged back to Leicester, and by Monday morning we had a phonecall from the Leicester hospital telling us to come in for another scan. I didn’t expect to be immediately readmitted. My waters had gone during the labour (PPROM), and the baby was too small (IUGR) – she had little fluid to grow, wasn’t able to turn and the risk of infection was high. So I was admitted to the ward, started on antibiotics, and warned daily that they may have to deliver her. Each day inside would make her that little bit stronger, but we were shown around the NICU unit and introduced to some fantastic paediatric consultants. Not being in labour at this time helped us better understand the position we were in, and allowed us to ask questions, but being read the potential problems we could be dealing with made things scarier in my mind.

With hours to spend in bed in the hospital, all I could do was research online to how to deal with premature babies, and what we could be facing. We’d made it to just one antenatal class before this all began – ironically, the ‘if everything goes right’ class! It was this point that Tommy’s was our saviour – I don’t think I could have got through it without the support and guidance they provided. 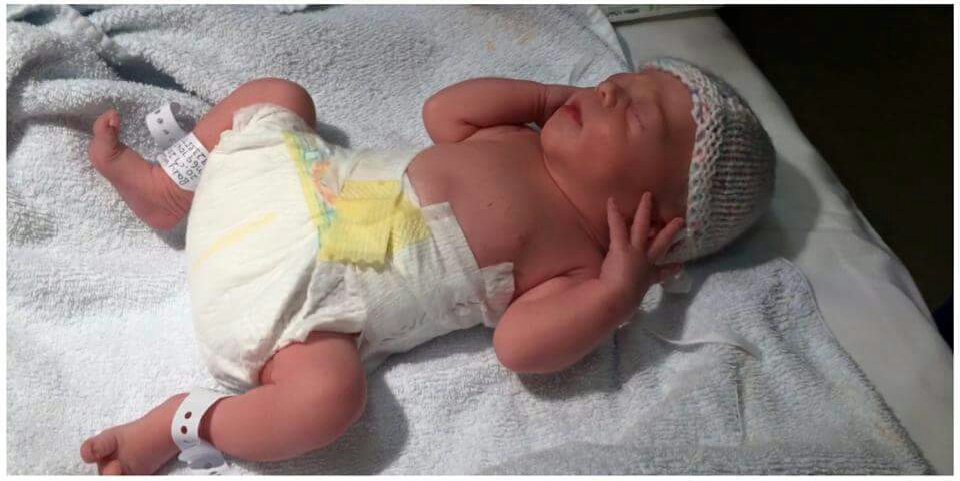 We incredibly managed to keep her in that little longer, with daily monitoring, scans, and support from the staff on the ward. At 32 weeks our consultant told she’d be delivered the following week as she had no fluid around her and was transverse, so wouldn’t be able to turn. We signed the ceasarian consent forms there and then. Our new journey was about to begin, but that’s for another story. But for now I just want to thank all the staff at Leicester Royal Infirmary for being incredible to us, as well as Kettering General Hospital, and the paramedics and midwives we met along the way. I also want to thank Tommy’s the baby charity for the support they provided to help us better understand this emotional time, and the LRI NICU unit for being so lovely. If it wasn’t for all of you, our little bundle of mischief may not be with us today. 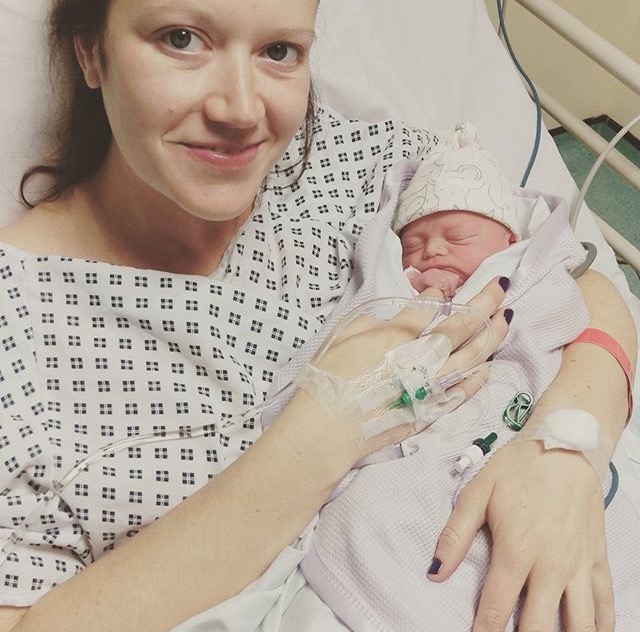 I also couldn’t have got through it without Jon being by my side. I’m sorry to be cheesy here but he was the reason I could stay strong when we were told to expect the worst. I know it couldn’t have been easy for him at all, working every day while we were spending hours, days and weeks in hospital. It seemed to be a waiting game of uncertainty, and I’m not sure I could describe the emotions we went through. We are also lucky to have some lovely friends and family in our lives.

When Lily was delivered safely, a lovely nurse who had looked after us from day 1 (called Karen too!) told us how relieved she was that Lily was with us– she said she admits to not having held much hope when we began this journey back at 28 weeks, so seeing her so safe and healthy was such a relief for her. We just know we are lucky to have her with us today – strong, healthy, happy, and causing us more and more trouble every day :)!

I know many of you who have had your own difficult journeys, and our story is just one in hundreds of thousands out there. But I saw those flat peaches and so wanted to share. Thank you for listening. X 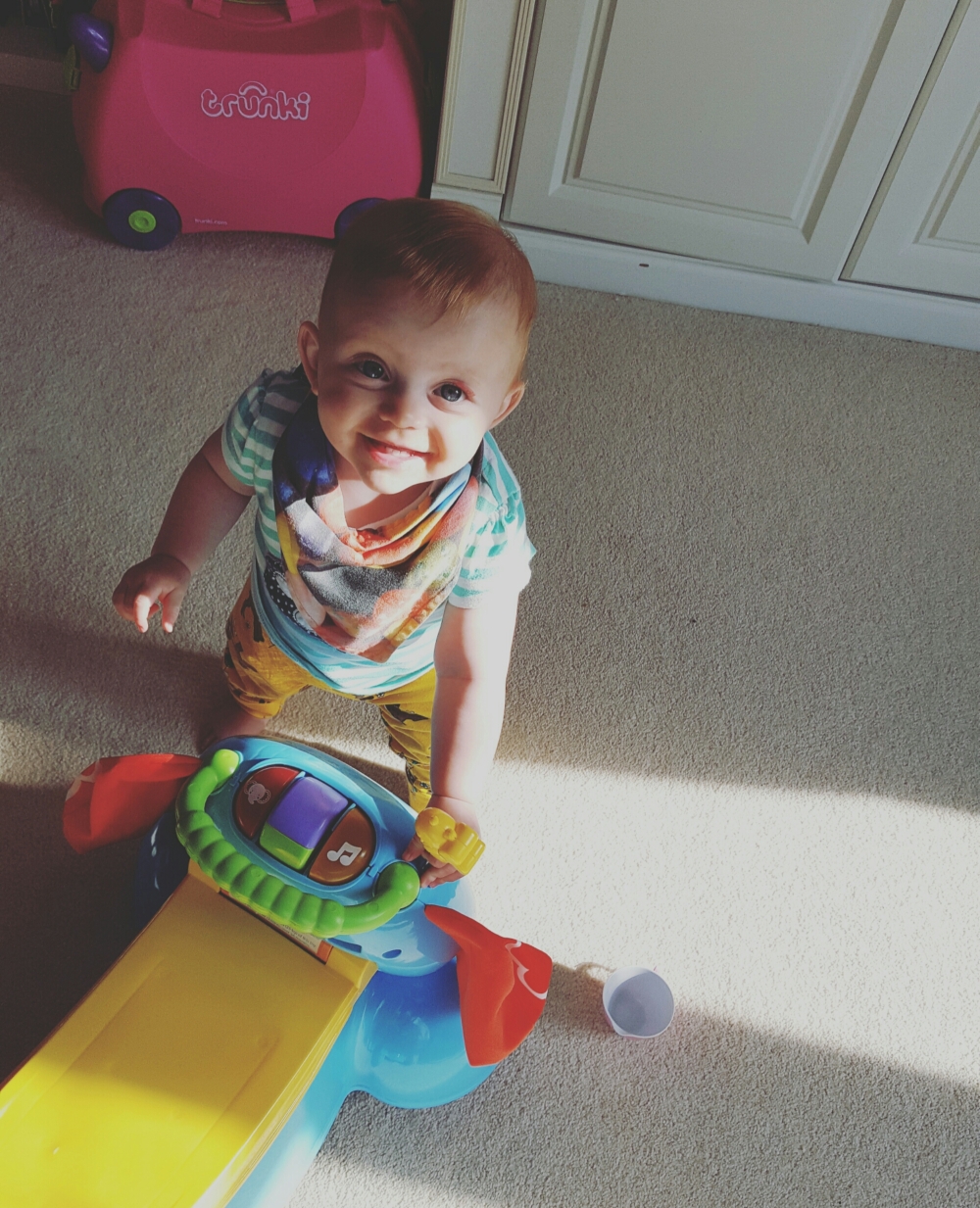 If you get a chance please check out the incredible work Tommy’s do to support families who suffer miscarriage or premature births. They have supported and changed the lives of so many. We know so many families who have gone through such difficult journeys so were honoured when Jon was chosen for the Bepanthen Doting Dad award at the Tommy’s awards earlier this year. I apologise for going bright red in the video but here’s our story… https://www.tommys.org/bepanthen-doting-dad-award