Recently I’ve been chatting to some lovely ladies, gents and couples who are embarking on their journeys as first-time mummies/daddies.

Selling many of Lily’s old things online has meant I’ve met alot of people who are where we were a year ago and I’ve found myself answering questions that I’d have loved to have known myself back then. I’ve another post about best purchases, things I couldn’t have lived without, but for now you’re stuck with a few things I’ve learnt!

More will probably come to me, but for now, here it goes…

1. Don’t pay full price!
You’re a new parent and you’re going to be excited. You’re going to look at every magazine and online review. You’re going to want to buy everything. Yes, everything. You’re also going to get excited by the words ‘baby event’. I did. These very words led me to impulse buy hundreds of size 3 nappies about 4 months before she was born. They were in our attic for over a year. I should’ve just waited. Or bought size 1 nappies! 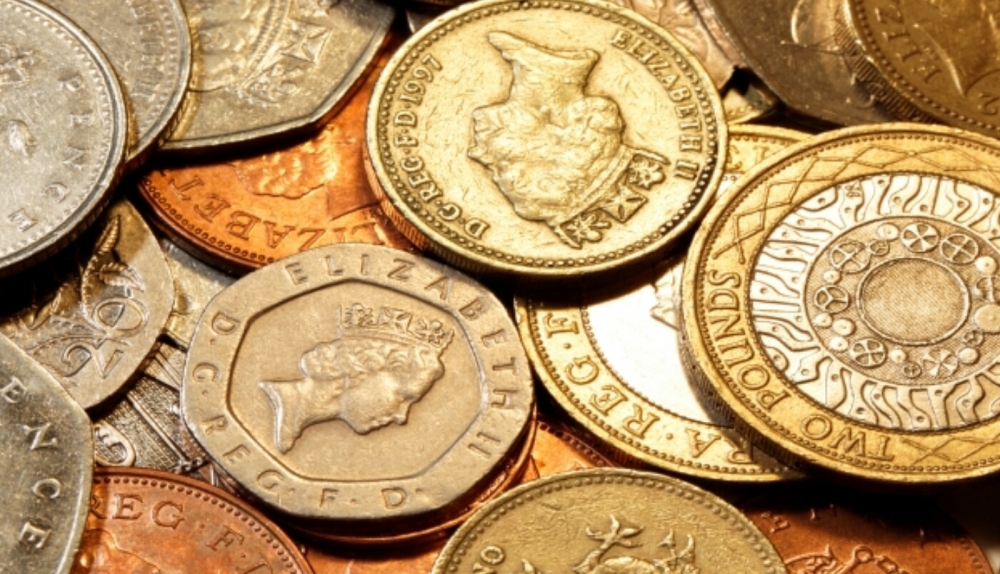 But babies grow. And eveything at every stage costs money, despite the fact they are going to be using things for just weeks or months. There is no need to pay £150 for a bedside crib. Buy it for £60 off Gumtree then sell it online for £60 when you’re done! Within 20mins of putting our bedside crib on one of the groups, someone was coming round to pay the same amount we bought it for. Spending £120 on a jumperoo just isn’t worth it when you can buy it for £30 then sell it on for the same price to buy the next stage toy!

After paying full price for a pram a year ago, we discovered we should have just gone on the Facebook group. Over 8000 local mothers/fathers are selling prams they no longer want or barely used. We actually bought an iCandy off there, something we never dreamed of owning due to its ridiculous £600 price tag. We managed to sell our running pram on there, and our travel system, which paid for her new car seat. Gumtree was always my friend, but these local Facebook groups are so much simpler – bundles of her old clothes at each stage sell within days, as do her old toys. Plus it feels pretty great to have a clearout, even if I do shed a tear at times to how fast she’s growing!

Remember maternity pay is less than minimum wage and unless you’re lucky enough to be covered by your employer, your little one (plus your mortgage and normal bills) is going to cost alot more than is coming in, so save those pennies where you can! If it isn’t already, Aldi will definitely become your best friend…!

2. You don’t need half the number of clothes you will own for a newborn
Newborn babies poop and vomit. Milk dribbles everywhere. Changing a newborn out of a dress and tights is not going to be fun. They live in baby grows. They don’t need leggings and sweaters, socks and shoes! What’s more, if you do need to put them in something like that, you’ll probably be bought it anyway from some lovely family and friends!

I had so many beautiful clothes for Lily that it was just not practical to wear on a daily basis, when life just revolves around cuddles, feeding, pooping and sleeping! They spend most of their day asleep anyway, and I’d not fancy going to bed in a frilly dress myself! Plus keeping little socks on a baby is pretty much impossible…

Even down the line you will end up with far too many clothes. I think at 6-9months she had 14 pairs of leggings. Considering she was in the clothes for just 3 months, it’s not necessary to own so many (though at least Facebook buy/sell helped out after that!) … and then when it comes down to it, just buy them from supermarkets…!

3. Have some ‘you’ time
This was something that I really failed at, and by 7 months of all-nighters followed by all-dayers, there was a point that I just needed to step away from things, to just come back stronger. And although I felt guilty at first for it, I now know that it is OK.

Jon has been fantastic at letting me go to the gym a few times a week, so I get away for an hour, then I find I come back mentally stronger. I miss Lily in that time but I know it’s necessary to keep doing ‘normal’ things too. It’s especially important when it’s been a harder day, like when it’s been raining all day with a tired, teething baby at home. Just step away, and come back. Go have a massage, a bath for 10 minutes, your nails done, see a friend, go for a swim, whatever makes you happy. This may be once a week or once a month, but it really helps. 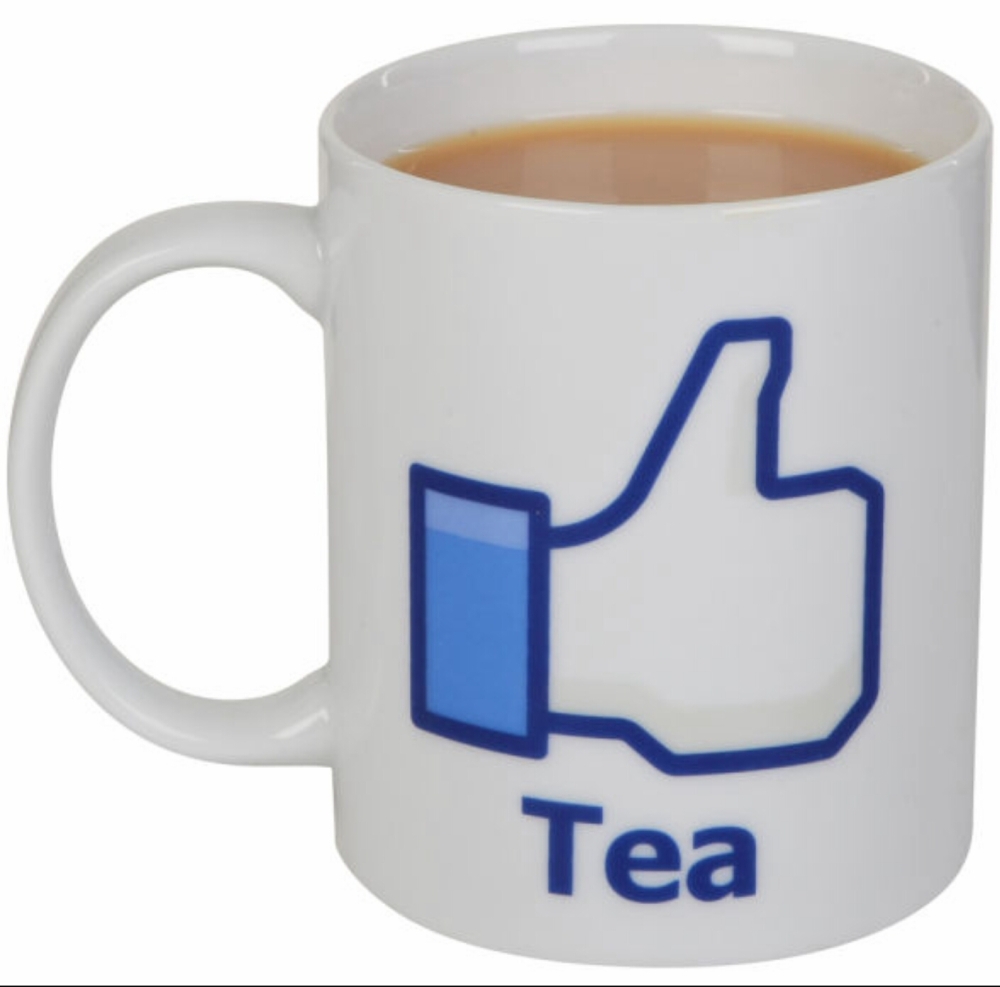 4. Mentally, it’s not easy
As much as it may seem like motherhood is all about Insta-spamming (sorry about that!), baby-wearing, co-sleeping, 24-hours of joyous memory-making, there’s also far more to it. From the moment your baby is born you are going through a whole range of emotions, and are exhausted from labour or surgery, then rather than resting, you must look after a whole new life for 24 hours a day, 7 days a week. It’s exhausting. And at 3am it can be lonely, when you’re unsure what else you can do to settle your newborn, on just 45mins sleep in the past 24hours. I’d not change it for the world but it doesn’t make it easy.

There are cultures who have things right – the mother isn’t allowed out of her bed for weeks after the birth – she just has to look after the baby while family and friends do everything else. But in our culture that’s not the case, and celebs have made it look like we need to look fantastic the day after birth, out walking the baby with perfect hair and immaculate clothes. Yes I was out walking Lily as soon as I could after the c-section. But 9 months later my hair is still in the same ponytail and my clothing usually has some kind of baby-dribble or crystallised baby food on it. Reality is that things are sometimes difficult, and I couldn’t have got through the early days without my family and Jon to support me – and still can’t today! I count myself lucky, even though my family live 150 miles away, to have support when I really need.

We love her to Pluto and back, but there are also moments you’d wish she’d stay asleep just that 5mins longer… though when you look into her crib and she’s grinning up at you, kicking her legs about with excitement at seeing you, your soft squishy pillow is fast a distant memory 🙂

4. Babies don’t all ‘Sleep through’
I’ve heard mummies say their babies ‘sleep through’ then later drop into conversations about their regular night feeds. Just admit it! There’s no shame in it if they don’t! If you do, you’ve given birth to an angel! Lily slept well from 2 months til around 5 months when a hospital visit and teething just set things back. From 6 to 9 months I was back feeding her milk every 3 hours. It was a health visitor’s miracle advice to try water instead of milk that gave us our first 13-hour sleep stint. I spent the night glued to the monitor, checking she was breathing. But she still slept 13 hours. And thanks to a blackout blind we bought off Amazon, she knows 6.30pm is bath/bedtime and 6.30/7am is generally wake up time, no matter what the sunshine is saying. Even if she wakes up now it’s usually for a brief sip of water or a teething cuddle, then straight back to sleep, unlike those 3-hour nighttime parties she blessed us with as a newborn!

Some babies sleep better than others but every baby is going to take their own path to sleeping. What works for one isn’t going to work for another, so feel free to take advice from others but remember if it doesn’t work for you, it doesn’t matter.

Every baby is different in the same way every adult is different – some like the TV on, others need complete silence, some nights you sleep well, others you wake up in the night. And it’s the worst feeling when you’re trying so hard to get back to sleep but can’t. Now imagine that from a baby, who has no idea what’s going on and why they are awake, tired and lonely in the dark. If that were me, I’d want a midnight cuddle 🙂

5. Sit down in at least one of baby’s naps
This was a mistake I made for around 7 months til the exhaustion really kicked in. From moment Lily woke up to the moment she slept at night, I was doing something. As soon as she napped in the day, I’d either be out walking, or take that opportunity to get as much as possible done til she woke up and needed that attention again til her next nap. Now I’ve learnt to just sit down during one of her naps… which is how my ‘to do lists’ and blog posts get written… plus gives me a bit of a rest and energy renewal to get through any teething-induced night awakenings 🙂

6. You will be judged.
Bottle feeding is OK. Your choices are OK. No matter what you choose, it’s your baby. Ignore anyone else. I’ve written a post about this, but thought it was important to reiterate. Every baby is different, and you’re both on that life journey together – not with the random old lady on the bus too!

7. Don’t believe everything in the baby forums!
It took me 3 months to leave the online baby forums and at first I found them supportive, particularly during pregnancy and those early days when it felt like you were sharing something with people who’d understand. But I left as I was getting frustrated. There were alot of people who were preaching when people just asked a generic question and, just like Dr Google, you’re always going to get the worst case scenarios that will send you into a panic! Just because someone has their baby in a to-the-minute 24/7 routine (how they know their baby is going to need a nappy change at 3pm I’ve no idea!), and their little one is doing the Macarena by 3 months, it doesn’t mean your baby needs to too. Feel free to ask for advice but remember to take things with a pinch of salt sometimes!

8. You don’t need to read ALL the baby books
Honestly, I read the books from front to back cover, and sometimes chapters over again! I found them comforting during pregnancy but now I know that apart from the comfort, they’re not going to give you a breakdown on how your own little one will enter the world, nor about their own personality – some will take to the sleeping/ feeding/birthing norms, but the majority won’t, because they haven’t read the books either!

9. Pregnancy is not elegant!
That image of glowing skin and pregnancy beauty? It loses its effect when you’re talking about your bodily functions to complete strangers, whipping your bits out when there’s teams of people standing in front of you, right through to losing huge clumps of hair for around 8 months! It all becomes kind of normal, but not something I’d have ever felt comfortable chatting about a year ago!

Particularly keys, purse, phone, laptop, remote control, bottles, USB wires… and what’s more, I’m pretty sure when your baby is getting restless in a long supermarket queue, you will more than happily pass over your car keys to keep them settled (under a very watchful eye of course…!)